Ruslan Suleymanov: "We hope that ban on bookmakers operation in Kyrgyzstan will be lifted" 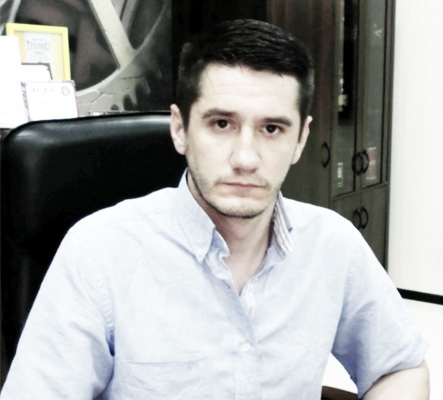 Ruslan Suleymanov: "We hope that ban on bookmakers operation in Kyrgyzstan will be lifted"

Ruslan Suleymanov, founder and head of betting company TENNISI.KG, president of Association of Kyrgyzstan betting companies in exclusive interview to LoginCasino.com told about problems of gaming industry in the country, and also shared his thoughts on development of online gambling in the region.

- While betting market is growing and developing in Russia and many countries in the CIS, it is banned in Kyrgyzstan. What is the reason for such drastic measures of authorities?

- You know, it would be better to talk about a number of reasons. First is the one that has greatly affected the thoughts on prohibition of betting activities in Kyrgyzstan – it is prohibition of casinos and slot halls. And yet there was completely different solution on the surface - not a total ban, but moving these facilities to Issyk-Kul region that would result in development of tourism and tourism infrastructure in general. But, unfortunately, all the arguments about benefits of this project for the country were suppressed by the group of deputies, hiding behind religion and accusing in corruption everybody who defended the idea of gaming zone. Naturally, the next step was a draft law banning bookmaking activities. And now they have already introduced a bill to ban lottery in Kyrgyzstan.

- Can we say that having lost the opportunity to play at home, major part of Kyrgyzstan players went into the shadows and uses foreign platforms?

- No, no one went into the shadows, because the law forbids only receiving bets in the country, but for individuals placing bets is not forbidden. Therefore, people are simply playing on foreign betting platforms using electronic money, VISA cards and so on. We hope that after elections of new parliament in October there will be more young, ambitious, adequate and keeping up with the times Deputies - and ban on bookmakers operation in Kyrgyzstan will be lifted.

The second reason is deputies’ absolute ignorance of the peculiarities of gambling activities. For 95% of them bookmaking is no different from casino and slot machines. Therefore, there were constant replicas in the Parliament like "Oh, we should prohibit all those casino bookmakers, they have probably placed slot machines there and are rooking children", and some even confused such terms as "bookie" and "broker". In general, people were forbidding something they did not really understand. And Association of course was holding explanatory meetings, conversations, but very few people finally heard us.

And the third reason is underestimation of online betting. Because if truth be told, ban did not result in closing of games in the country. Everybody who wanted to play went on playing on the Internet. The initiators of the ban sincerely believed that prohibiting receiving bets "on the ground", they will at the same time completely ban online bookmaking too. As a result, the country has lost taxes, and the players - favorable conditions for the game.

- As one of the leading and largest bookmakers in the country, «TENNISI» is actively developing in Kazakhstan. If we compare with the market of Kyrgyzstan, what are the key differences?

- We started working in Kazakhstan 6 years ago, and it has nothing to do with the prohibition of bookmaking in Kyrgyzstan. But the main difference I would say is much higher level of competition in this country.

- In short, how do you see the future of online gambling in the region (Kyrgyzstan, Kazakhstan, Russia) with all current problems and prohibitions?

- I think that constantly deepening penetration of Internet in these regions will result in reaching new objectives for online gaming, and in this regard, government regulation of the industry  will also greatly improve (especially in terms of understanding the processes, accuracy of taxation, licensing and lifting of bans).

And we remind you that on August 20, 2015, in Almaty, Kazakhstan Gaming Congress will be held.

Ruslan Suleymanov will perform there as a speaker and will report on: "Prohibition of bookmakers operation in Kyrgyzstan and its consequences".