The history of the casino, the way it all started 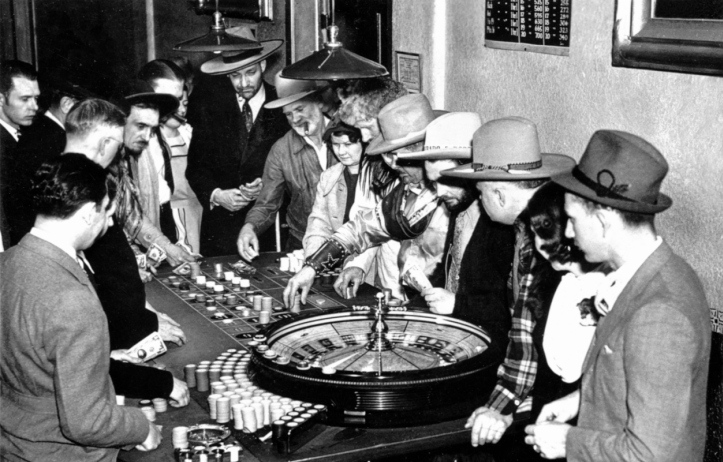 The history of gambling is full of various myths, legends, facts and speculations. It originated in ancient Egypt and Italy of the Middle Ages and ends in the modern era of online games. Before, gambling played a much more important role in the society than now: the territorial dispute between Sweden and Norway in the 11th century was resolved with throwing the dice. In China, the army was sponsored by gambling, and during the 1700-1709 the lottery helped to feed British colonies. Several years later, the Americans started to use lottery to fund education programs.

The history of the dice

Now, no one can be 100% sure in where has dicing appeared. It is believed that this kind of game originated in ancient Egypt: the most ancient dice, dated by XX century BC, were found in Thebes. In Europe, we learned about this game thanks to the Roman patricians. As in the old times dice were used not only for entertainment but also for fortune-telling, the church has tried to ban the game repeatedly. Previously, the dice were made of animals’ bones and teeth, and the present cubic form they have acquired in Korea, where the dice were used in Buddhist variety of the game. Currently, the dice are used in games such as Sic Bo and Craps.

The history of card games

The first playing cards appeared in East Asia. Before paper cards Japanese and Chinese players used flat wooden plates. In India, playing cards had round shape - Gandzhifa. In Japan, shells of mussels with domestic scenes and seasons were used as the playing cards. In the XV century in Italy appeared baccarat, in the XVIII century in France - blackjack, in the XIX century in New Orleans - the progenitor of the modern club poker.

The history of slot machines

The first slot machine was invented by Charles August Fey in 1897. It was a mechanical slot machine with three reels, which had the name "Liberty Bell". The maximum win on this machine was only 50 cents. In 1964, Bally Manufacturing released electromechanical slot «Money Honey», which had sound design and lighting. In 1975 there was published the video game «Fortune Coin», created by Walt Frehley and his friend. In 1976, International Game Technology acquired the company, producing the game «Fortune Coin», and soon became the second largest manufacturer of gaming machines in the world.
The history of casino

In Europe, casinos acquired legal status in 1638. In Venice, in the church of San Moisè was opened a private room Il Ridotto, which had to control gambling during the big spring carnival. In 1765 in France there opened the gambling-house with roulette tables which was to replenish the treasury of King Louis XIV. The first gambling establishments opened in the United States at the end of XVIII century, and at the beginning of the XIX century the people gambled on ships, passing through the Ohio and the Mississippi rivers. By the XX century, Monte Carlo, Las Vegas and and Atlantic City became the centers of the US gaming industry.

The first virtual casino was InterCasino, which opened in 1995. In 1996, Playtech launched online Europa Casino, and a year later, the first virtual bookmaker’s office started to work. Online slot machines with progressive jackpot appeared in 1998. In 2003, the British companies Microgaming and Cryptologic created an international nonprofit organization eCOGRA, whose aim was to bring together gambling providers under a single standard.